Skip to content
History of printing: paper as a means of communication

History of printing: paper as a means of communication

The history of printing is closely related to that of information: linked by the same destiny, that of transmitting a message, they do not survive one without the other.

Always an immovable pillar of democracy, the press has very remote origins, presumably attributable to the 6th century AD, in the Land of the Dragon.

The great Chinese empire, at the time under the control of the Tang dynasty, famously invested in discoveries and innovations, capable of strengthening China’s economic and cultural position. 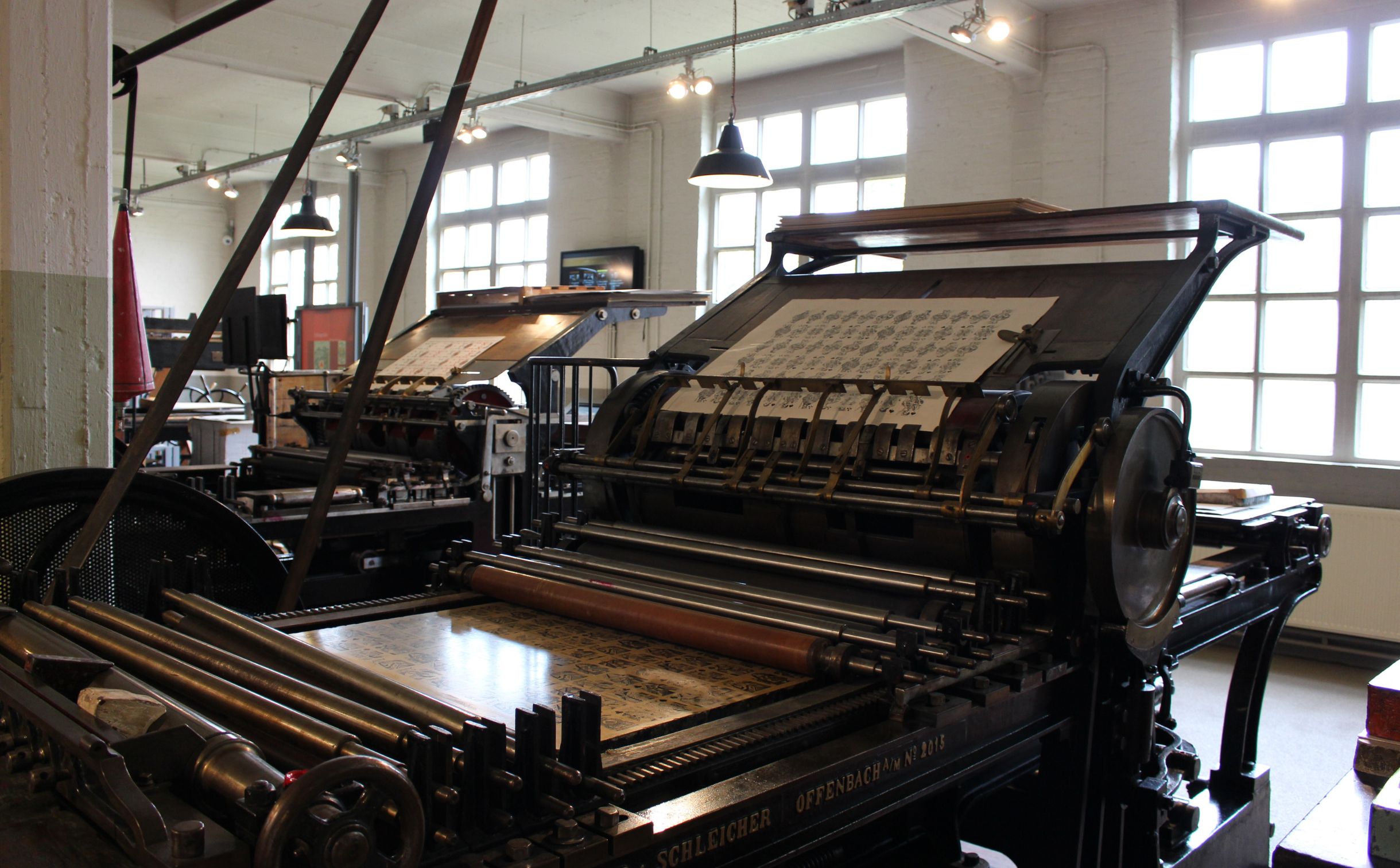 From wooden blocks to movable types

The history of printing is divided into stages, marked by the arrival of new technologies capable of speeding up the process.

Considered one of the Four Great Inventions of Ancient China, it was born when the artisans of the great Chinese empire discovered that they could use wooden matrices carved, inked and imprinted on paper to proceed with the prints.

The first book fully printed with wooden blocks in the history of mankind is a copy of the Diamond Sutra: a beautiful roll of paper, over five meters long.

A few centuries later, still in the Land of the Dragon, the typographer Bi Sheng had the incredible idea of ​​inventing real movable clay types.

The technology, far from obvious, however, presented a small manufacturing problem: the types were very delicate and broke very quickly, slowing down the printing process.

A problem, the one introduced by Sheng, later solved by the inventor Zang, who replaced the clay with much more resistant wooden types.

The history of printing finally comes into contact with that of the Old Continent in the 15th century, thanks to Gutenberg’s attention to the subject.

The technology proposed by the German typographer – who completely changed this process – was the introduction of the punch, a steel object bearing the engraving of a typographical sign. The punch could bear a number, a punctuation mark, or a letter.

Totally dedicated to improving this technology, Gutenberg even created an oil-based ink, capable of guaranteeing a longer duration of the printed characters.

The following years were incredibly prosperous for the evolution of the printing process: between the last years of the 1400s and the early 1600s, movable type printing machines were sold and used all over the world.

As a result, Europeans were soon referred to as “master printers” completely erasing the memory of manual printing introduced in China centuries earlier.